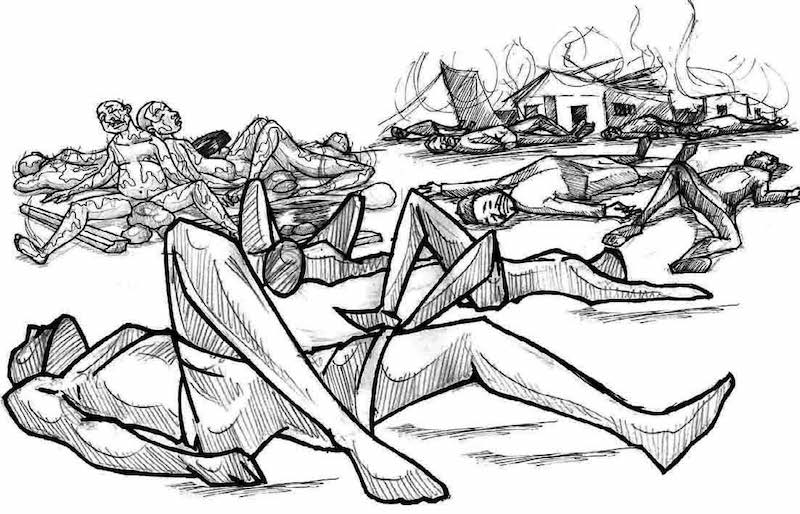 The leaders, under the aegis of Southern and Middle Belt Forum (SMBLF), expressed concern over the latest killings, which, according to Southern Kaduna Peoples Union (SOKAPU), have claimed 63 lives.

The forum, in a joint statement signed by Mr. Yinka Odumakin (South-west); Chief Guy Ikokwu (South-east); Senator Bassey Henshaw (South-south) and Dr. Isuwa Dogo (Middle Belt), said it was quite worrisome that the killings had continued in spite of the curfew imposed by the Kaduna State government.

The leaders called on the federal government to wade into the crisis “and stop the killings, bring the perpetrators to book and stop making statements seeming to justify the killings and deceive the world about the situation in the area as only bloody-minded people will refuse to heed this advice now.”

“In the past weeks, there have been reports of killings, especially in the southern part of Kaduna State with the most recent massacres at Kukum Daji and Gora Gan put at 33 deaths, aside from the scores who are in hospitals receiving treatment from various degrees of gunshots.

“However, instead of the Buhari-led federal government of Nigeria stepping in to find a lasting solution in the midst of tardiness by the state government, it is unfortunate that it has resorted to provocative statements.

“One of such is the annoying claims credited to the Senior Special Assistant (Media and Publicity) to the President of Nigeria, Malam Garba Shehu, on the 21st July 2020 that “the problem in Southern Kaduna is an evil combination of politically-motivated banditry, revenge killings and mutual violence by criminal gangs acting on ethnic and religious grounds.”

“As if the above confusion is not enough, Garba Shehu further misinformed the Nigerian and the international communities that “Southern Kaduna enjoys comprehensive security deployments, including the army, Special Forces of both the army and the air force, surveillance aircraft by the airforce and mobile police units that are on the ground on a 24-hour basis to forestall criminality and keep the peace.

“These are not responsible statements from any government in the midst of body bags daily being counted by the people of Southern Kaduna in the hands of alleged Fulani marauders,” it added.

Read it at ThisDay

In Nigeria, a new crisis deadlier than Boko Haram is rising