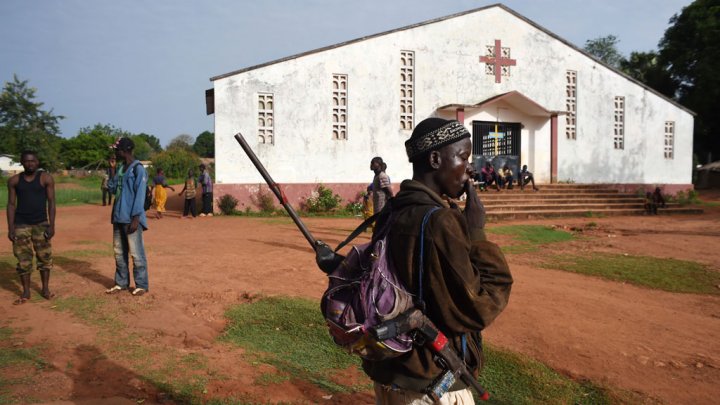 by Tony Perkins and Fred Davie

In the West African country of Burkina Faso, the Grand Imam of Djibo Souaisou Cisse was found dead last month, just days after armed assailants abducted him from a public transport bus.

Imam Cisse was a powerful voice calling for peace and interfaith tolerance in Burkina Faso, a country where violent jihadists have been making gains in recent years. He brought together Christians and Muslims and was seen as a moderate religious figure who refused to leave his town despite repeated terrorist threats.

This is one of many recent attacks against religious leaders across conflict zones in West and Central Africa in the past few years.

Throughout West and Central Africa, both religiously and politically motivated armed groups have committed atrocities against civilians, escalating humanitarian crises and triggering catastrophic levels of displacement and food insecurity.

In many of these conflict zones, religious leaders have been facing particularly grave threats. In August 2020 alone, armed actors attacked religious leaders of both Muslim and Christian congregations in Nigeria, Burkina Faso, and Cameroon.

Why Do Insurgents Target Religious Leaders?

Religious leaders are often important voices calling for peace, nonviolence, and tolerance in some of Africa’s most vulnerable areas. Attacks on these pivotal figures threaten not only their rights as individuals to freedom of belief and expression but also broader efforts to promote peace and mutual trust across religious groups.

These attacks devastate religious communities, as worshippers lose their revered religious leaders and fear that they could be targeted next.

Armed assailants target religious leaders for several reasons. Some attackers seek to enforce their religious beliefs and ideology on others. Earlier this year, Boko Haram fighters abducted and beheaded Rev. Lawan Andimi, chair of a local branch of the Christian Association of Nigeria, reportedly because he would not renounce his faith.