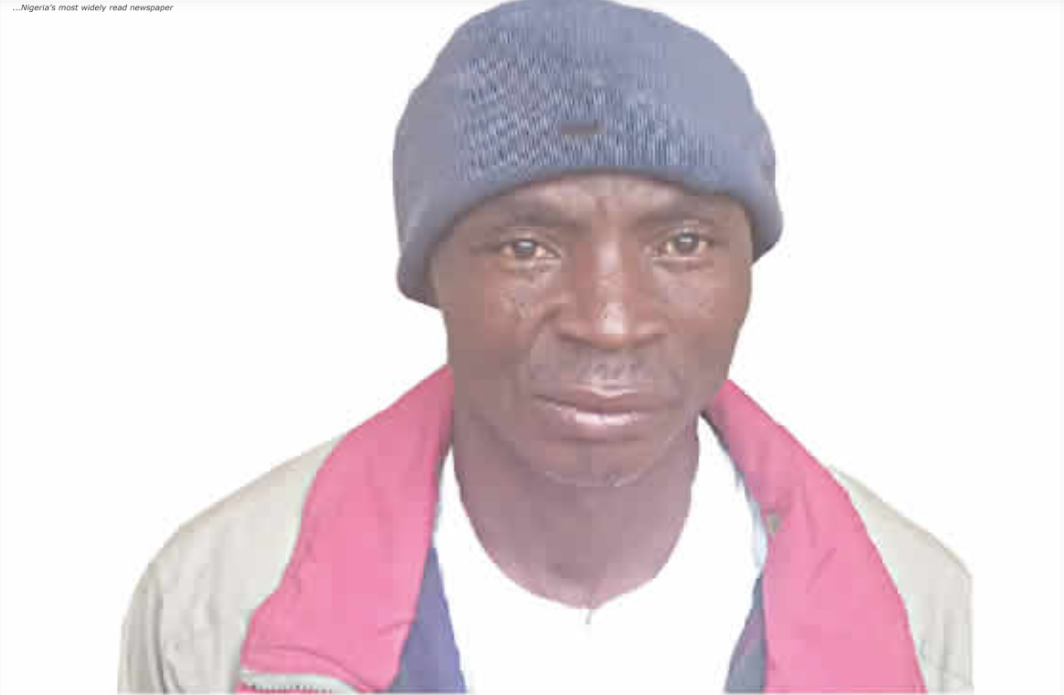 A 52-year-old farmer, Bitrus Auta, in this interview with GODWIN ISENYO, talks about how he lost his 30-year-old daughter-in-law with a seven-month-old pregnancy and her two children to an attack on his village by herdsmen in Southern Kaduna

What’s your name and age?

My name is Bitrus Auta, a 52-year-old farmer from Sabon Kaura, Kigudu in Kaura Local Government Area of Kaduna State. I now live in an internally displaced persons’ camp following an attack on our village by suspected Fulani Herdsmen. On that day, our village was completely taken over by the gunmen. They invaded the village and started shooting indiscriminately. The gunshots woke me and other members of my family. I told them, ‘Bandits have taken over the village and we must run for our dear lives.’ We ran into a farm that was not far away from our home that night. Unfortunately, we discovered later that my pregnant daughter-in-law and her two children couldn’t escape. They were trapped in the house completely razed down by the bandits. My daughter-in-law had a seven-old-month pregnancy when she died. Her name was Tabitha Victor. She was aged 30 and her two children were five and 10. However, my son escaped. They were living in Kano State but because they hadn’t visited us since they got married, they came around. Unfortunately, they lost their lives.

How are you sure the attackers were Fulani militia?

It is no longer hidden. We know them. These were people we had lived together with for many years without trouble. We heard their language. They attacked every house in the village, unchallenged.

Why do you think they attacked you?

We don’t know. We have lived with some of them for over 30 years.

You mean there was no rift between you and the attackers before the attack?

As I said, we had been living with them peacefully as neighbours before they suddenly left, only for them to return and attack us. We know them. When they came to attack us, they called out our names.

When was the last attack?

They first entered Chibuak before coming to our village at Sabon Kaura, after which they moved to another village.

How would you describe your relationship with your murdered daughter-in-law?

We had been staying peacefully before her life was cut short by the killers. Like I said earlier, she was living in Kano with her family before they visited us. She was a good woman.

What was her occupation?

She was a trader.

What do you do for a living?

I am a farmer but because of the attacks, we can’t go to the farm any longer. Our farm must have been overrun by weeds by now. We don’t know where else to go from this IDP camp. We couldn’t even pick a mat from our house because it was completely burnt.

How did your son escape, leaving his wife and children behind?

When the Fulani invaded our area, I woke up every member of the family. Everybody ran out but unfortunately, she and the children were trapped in the house. They were in another room. We didn’t know they didn’t come out until we escaped to the farm.

Are you likely to go back to your village to continue with your farming if everything normalises?

Why not? Farming is all I know. I have no formal education. I want to go back to the farm.

What’s your message to the authorities over the persistent attacks on Southern Kaduna communities?

The authorities should try as much as possible to stop the killings.

Read it at Punch

‘My uncle was shot in the back and slaughtered like a goat.’ Survivors of southern Kaduna killings speak out