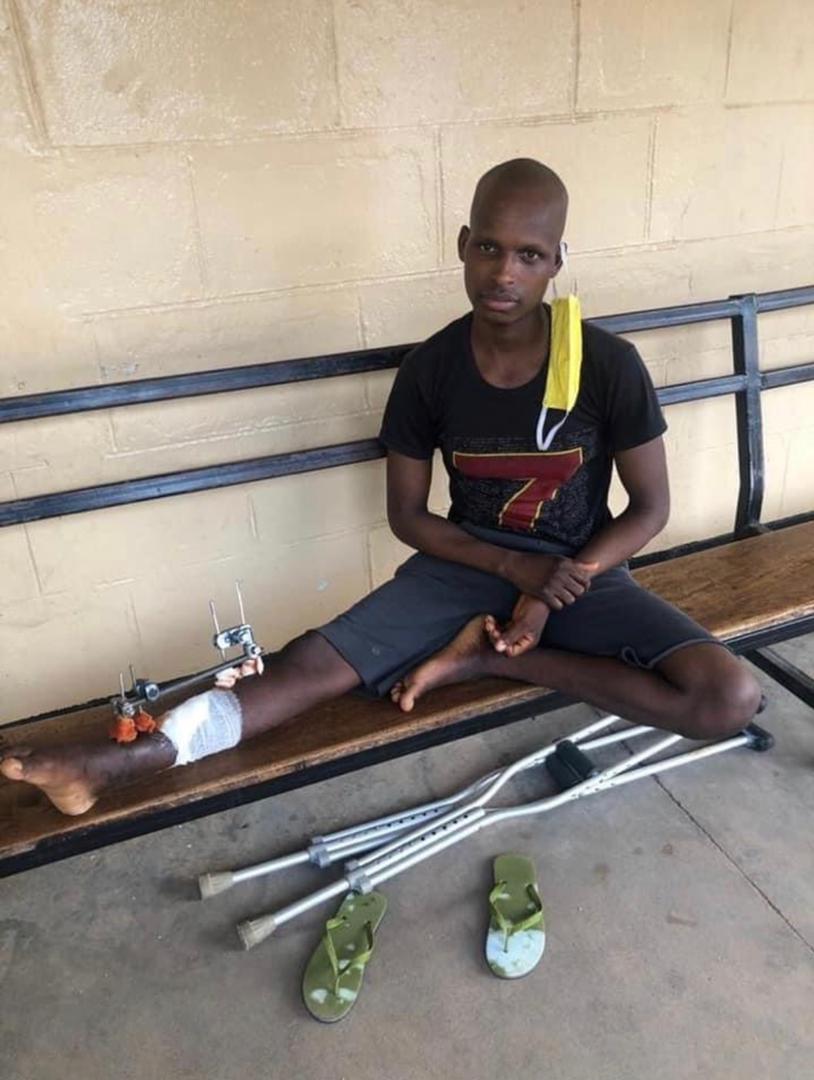 Mr. Marcus is from Libere village around Gefe in Kallah ward, in Kajuru Local Government Area of Kaduna State, Nigeria. He decided to go into trading and went to Maro town to open a small provision shop. He had the shop running for a few months when on Wednesday, February 20, 2020, a part of Maro was attacked. Some gunmen drove toward the market that had ended and opened fire at people milling around. Eight were killed and five injured. Marcus was among the injured. A bullet went through his leg – above the ankle, broke the bone and left a big hole.

Since February to May, 2020 he was on admission at St Gerard’s Hospital where they worked on the leg. He heard about the insecurity around Libere, his village while in the hospital, which added to his mental trauma.

We helped Marcus pay off his bills at the hospital as there was no means at all for him to pay, and his parents had borrowed all they could, after everything they owned was burnt.

While helping him out with something, he told us that he couldn’t wait to leave the hospital.
“Where are you going, Maro or Libere?” We asked. He shrugged his shoulders, looked into the sky for a long time and said he doesn’t know yet, what the future had in store for him.