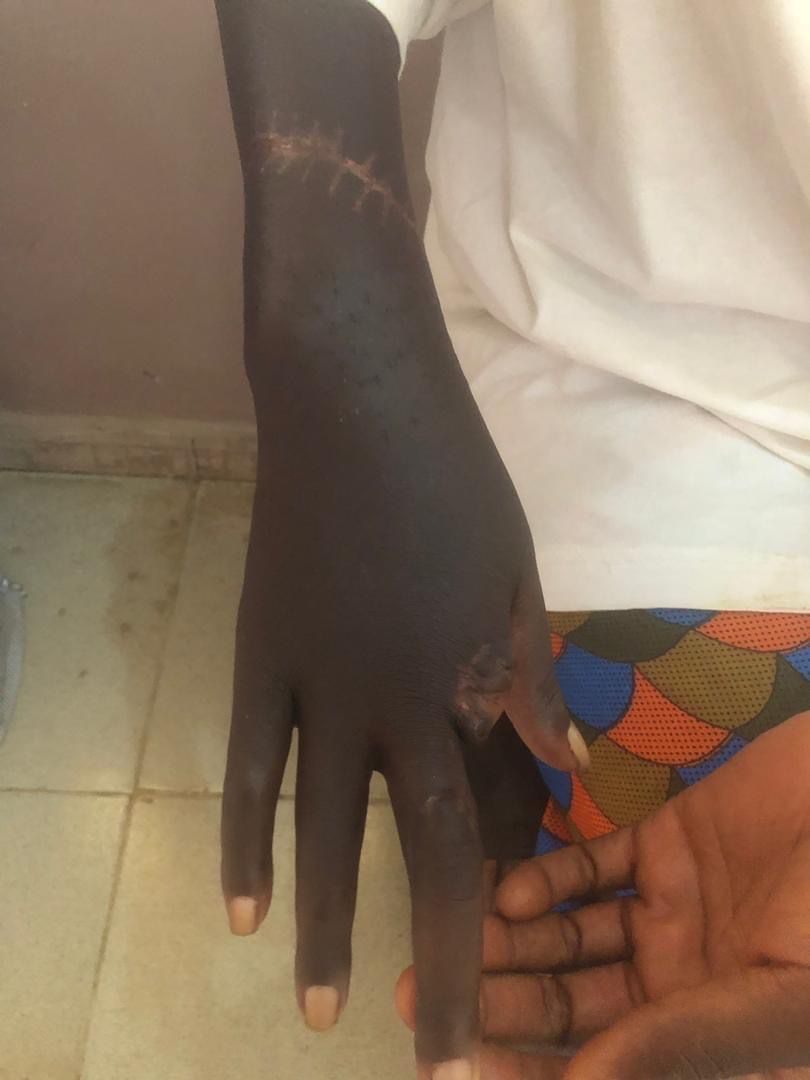 Veronica John is married with Children. Her husband had a heart problem and also battling hepatitis so she was providing most of the food for the family. They stay in Dogonnoma village in Kajuru LGA.

March 11th, 2019, they woke to sounds of gunshots from armed herdsmen who were attacking their village. They all ran away in different directions. Her 6yr old daughter couldn’t run fast enough, so she put her on her back. Unfortunately, they ran into another group of the killers that had laid ambushed in the bush. Two were killed right there and her baby’s head was split into two with a machete.

Then they cut the forefinger of her right hand and placed it in her dead daughter’s mouth, inflicted more cuts on her before leaving her for dead. When help came and she was taken to hospital, she found she couldn’t move her right arm. The arm was later amputated. Their house was totally burnt down alongside others. 52 people were killed that day, so they left the village and became IDPs for almost two years. They however managed to rebuild their house and went back last year.

But On 5th June 2022, Dogonnoma and 3 other villages were attacked again by motorcycle-riding armed herdsmen, allegedly with the help of a helicopter, as claimed by survivors. 32 people were killed and scores abducted. Currently, Veronica and her family have left Dogonnoma. Again, they have become IDPs. Again they would have to eat and survive on the generosity of others.

N500,000 to Magnificent’s dad, needed for this surgery