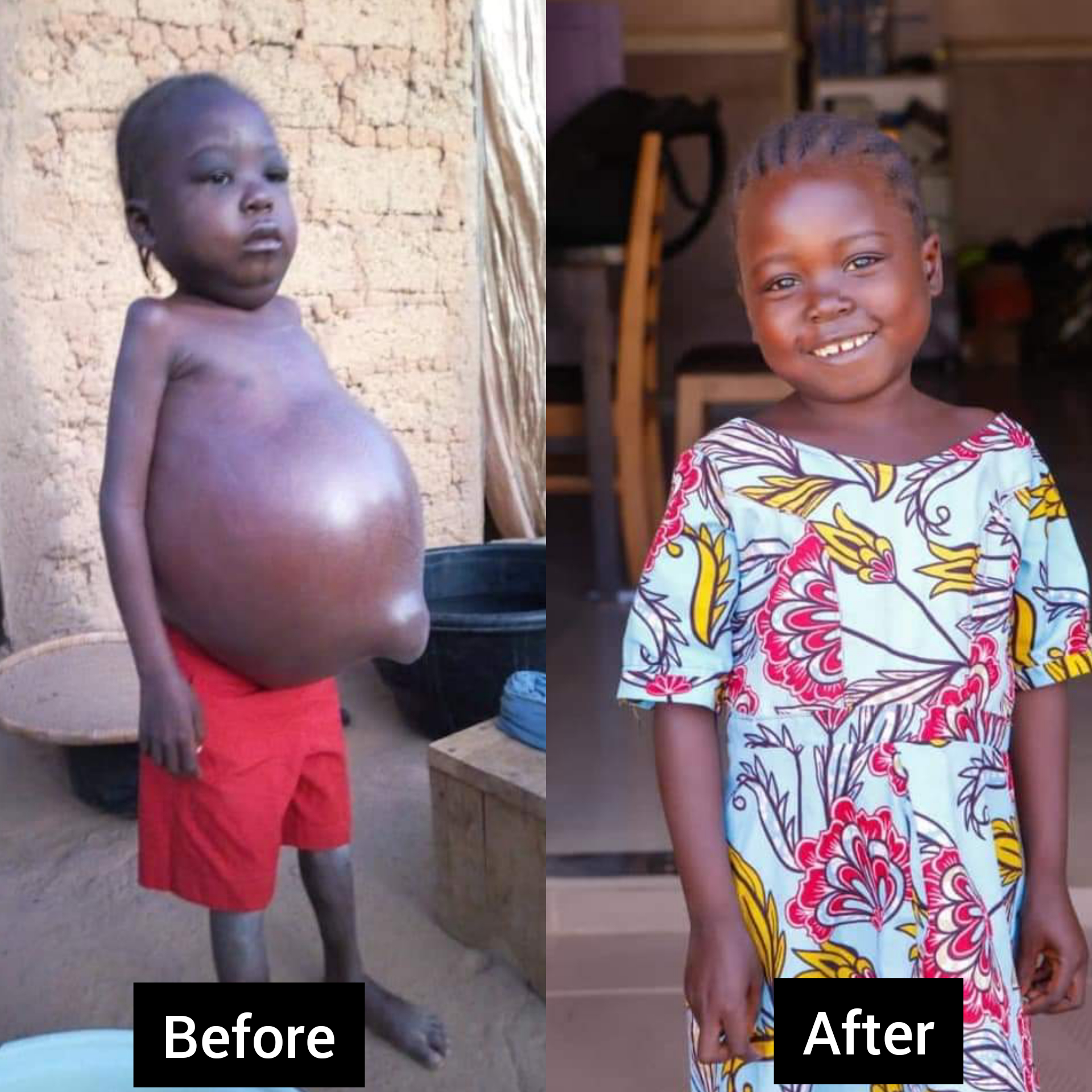 On 25th December, 2019, we went to Iburu village, Kajuru LGA, after we heard the story of 7yr old Kauna and her abnormally swollen stomach. Someone had reached out to RADI and pleaded for help. He told us that she had been suffering from the swollen stomach for three years. She had also, never been to school.  More worrisome was the fact that her parents were IDPs that had relocated to Iburu when Ungwan Barde was attacked.

So, We travelled to Iburu on that Christmas day to see for ourselves. It turned out to be really bad which made us to quickly bring her to Barau Dikko hospital. The moment the Doctor saw Kauna’s stomach and spindly legs it became an emergency. What the people thought was witchcraft was actually Nephrotic Syndrome, a treatable kidney disorder that causes the body to excrete too much protein in the urine.

Due to the generosity of many, we sustained Kauna and her mother in the hospital for about two months before she became stable, though she has to keep going back for periodic checks.

Today, Kauna is doing very well, attending school and enjoying her youthfulness while her mother is trading in grains with funding from us.