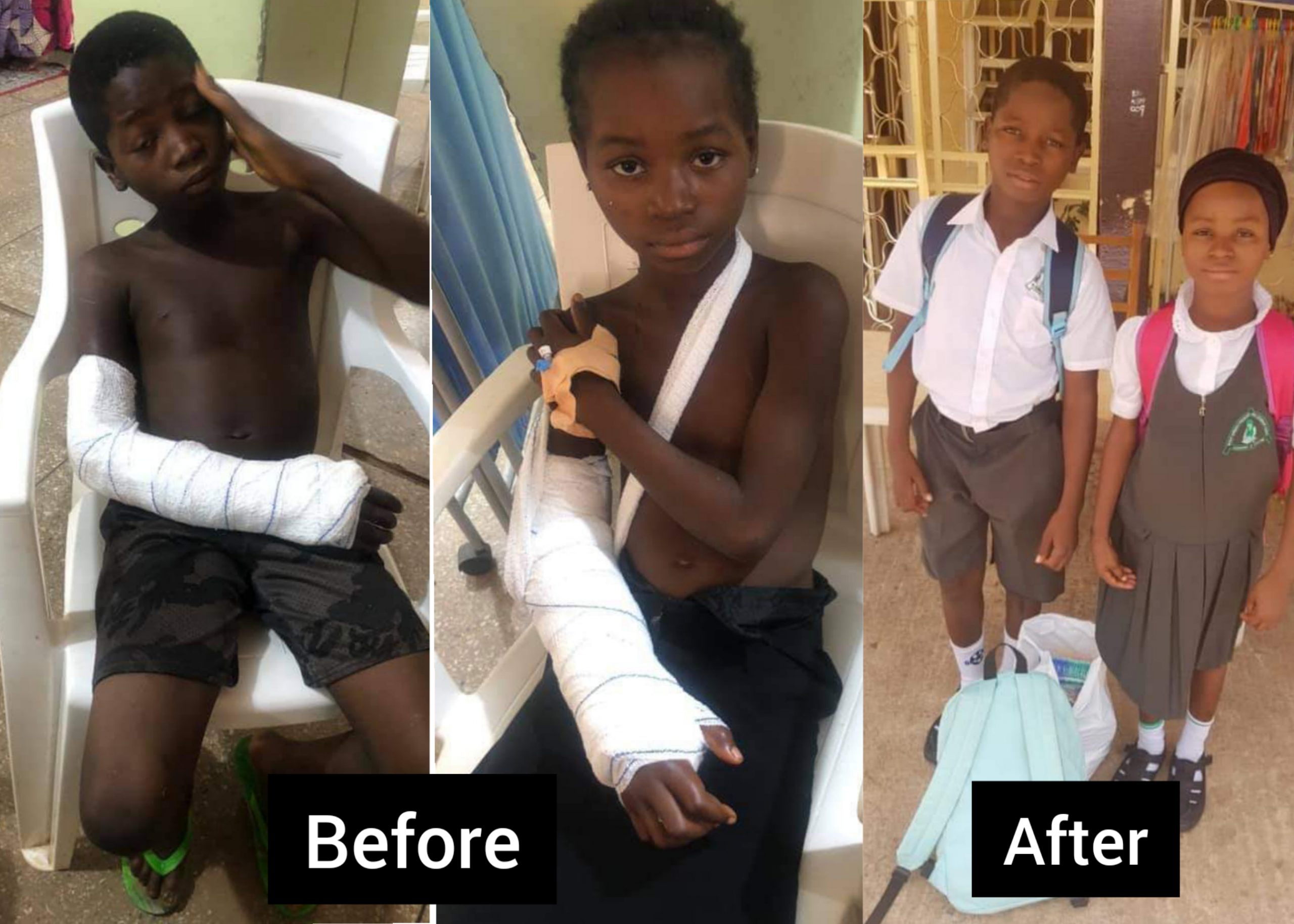 Do you remember Isaiah and his sister Zippora? They were the children of Jonathan who had two wives. A simple and contented farmer living a normal rural life in Gonan Rogo village with his large family. But the family went to bed in the evening and around midnight on Tuesday, May 12, 2020, their village in Kajuru LGA was attacked by armed herdsmen. Jonathan their father, was killed, Sheba, their mother, was killed, then Patience, 15, Revelation, 9, Rejoice, 6, all female, all siblings of Isaiah and Zipporah were killed too. Isaiah and Zipporah had multiple cuts, left for dead but survived. 17 people were killed that day and quickly buried in a mass grave the next morning.

Their 2-month-old baby brother, Isaac also survived 2 bullets that grazed his head and 1 through his arm. Jonathan’s second wife also survived with her baby but with machete cuts on her too.

The future became bleak for these two orphans. After leaving the hospital, they moved in with relatives in another village while nursing their injuries. They wanted to continue with their education but couldn’t even afford the local village school. Then God stepped in and manifested Himself through the generosity of some people. In reaction to the appeal for help from RADI, someone said he will sponsor them to school, but not just a local school.  To shorten the story, the two orphans are now in an elite boarding school and doing really well.

So, from bleakness, hopelessness and uncertainty, these two orphans are now on the journey toward a bright future and, hopefully, a happy ending.

Truck of food to IDPs in Zonkwa