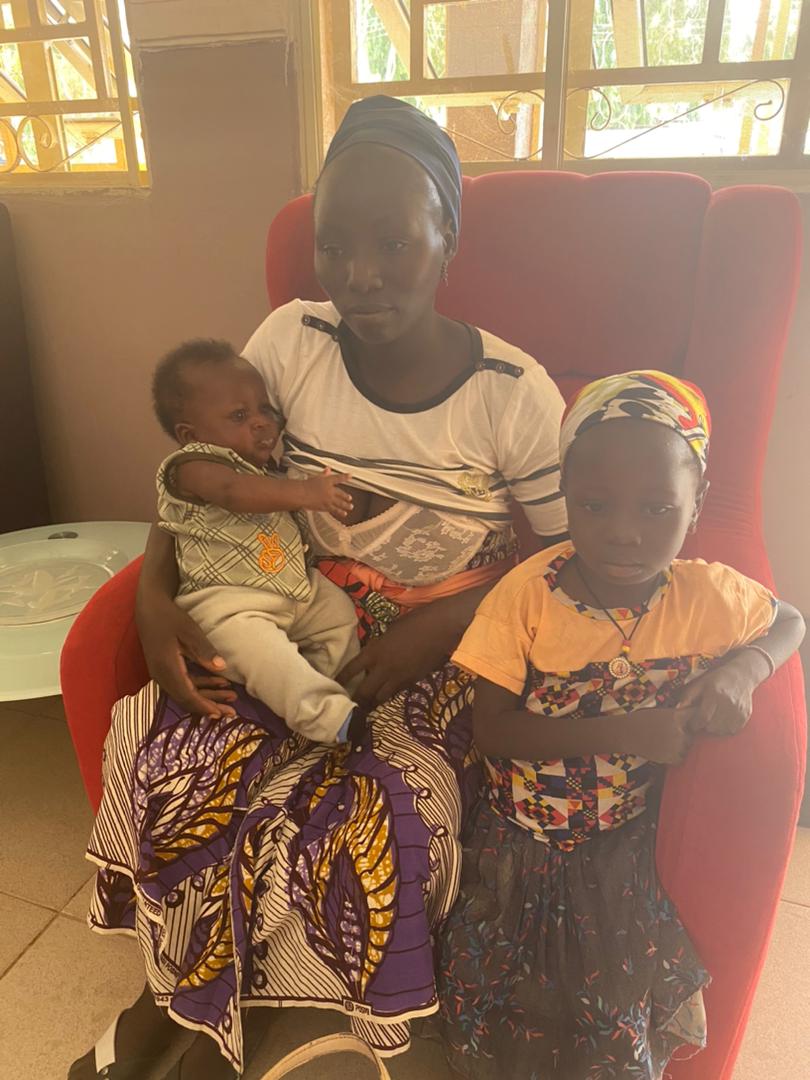 This is Talatu Dabo, about 37 years old. An IDP from Idu, in Kajuru LGA. Her home was attacked in May, 2020 and she ran with 5 children at the time and a one month old pregnancy. Left everything behind except the clothes they were wearing at the time. They had been squatting in a room in Kufana but the owner also has family displaced from new attacks, so they had to vacate. Someone gave them her kitchen to sleep in, but the roof is made from grass, and so a recent rainfall pulled it away and they had to sleep in water that night. Now even the kitchen owner needs them out of the kitchen. She is left with 6 children (2 sets of twins) and a husband who left to get them food but has not returned in months. No phone call, because she doesn’t have a phone and does not even know where he is right now. That’s not all…The baby she gave birth to, after becoming displaced, was born at a hospital in Ungwan Boro and she still owes the N35,000 she borrowed to complete payment for the CS. The baby was born needing surgery and that’s even why someone reached out to us. One of the children she came with has symptoms of what looks like nephrotic syndrome, and she also has a child who has liquid constantly seeping from her ears. After her CS she had such a terrible time because sleeping on the bare floor did not do well for her stitches as they kept coming undone.
Sigh! This sounds made up even to us, but no! She is right here, not even crying or sobbing, just sitting here. We have given them transport money to go back to the village pending when we can do something. Anything! There is urgent need to get her and the children to a better place to sleep. She says there is accommodation for rent for N500 a month. Yes. This is an SOS!

Beginning of An Inspirational Ending