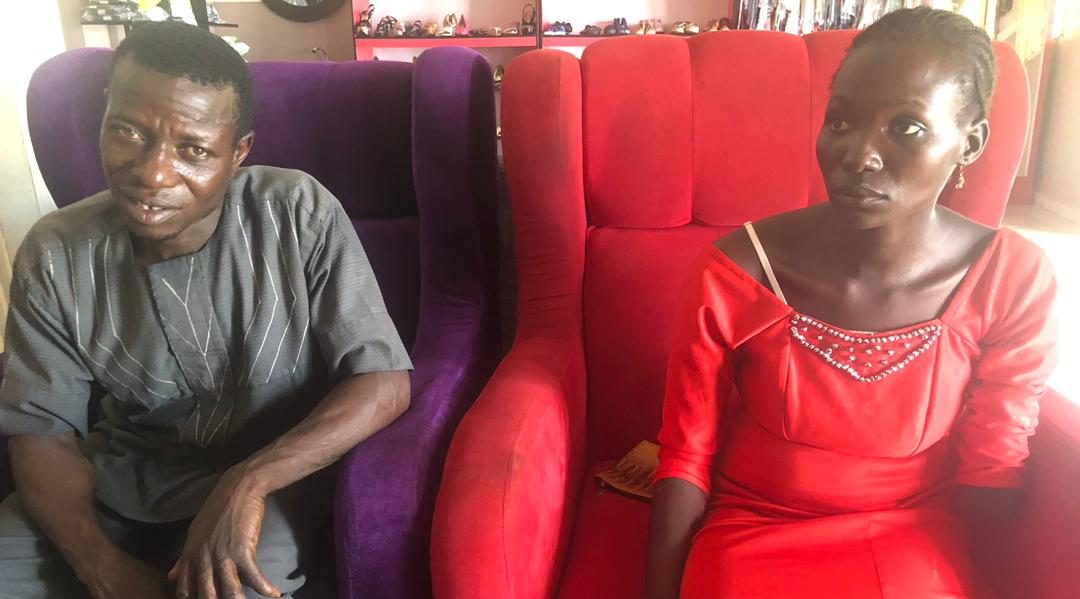 On the morning of 10th March, 2019, in Ungwan Barde, Kajuru Local Government of Kaduna State, Jummai Danladi and her 5 children were getting ready to go to Church, when they heard screams in their neighborhood. Jummai wanted to start running with the kids but the husband asked her to stay back while he went to check it out. The screams became louder and Jummai took off with her kids before her husband came back. While trying to find a bush way, they ran right into an ambush as the Fulani ‘bandits’ hid under leaves on their path.

Jummai gave birth to 5 kids. Suzana, Titus, Samu & Aminu (twins) and Yakowa. She was also 5 months pregnant at the time. They used a machete to cut her and while she lay there, looking, they murdered Suzana, Titus, Aminu and Yakowa. She was looking at Samu crying, as he was right in the middle of his slain siblings, blood all over his body, but she didn’t move. Apart from the shock, one reason she said she didn’t move was because they were looking to cut him up but just couldn’t see him anymore, and she didn’t want to speak out as she knew a miracle was happening right before her eyes. She said they searched and searched but only she could see him sitting there. One of them cussed her out, in Adara language. The same one who asked the children to lie down to be slaughtered, in Adara.

They left her lying there, thinking all of them were dead. She tried to move towards her surviving son when they saw she wasn’t dead and came back to her. They cut her head, her neck, her right hand, placed her left hand on a stone and kept hitting it with a machete till it fell off from around the elbow. She told me that they deliberated cutting her open to remove the baby in her tummy, but argued within themselves that it would waste their time, so they hit her belly with sticks and left her for dead.

During evacuation of dead bodies, she was found to still be breathing and taken to a hospital near Kufana, from there she was taken to St. Gerard’s hospital. She told her husband she lost the baby in her tummy, when he traced her to the hospital. They stayed there, not united with their only surviving son, till she was discharged. We have pictures of some of her slaughtered children, and asked if she wanted to see…but she declined, citing that she wouldn’t be able to bear looking at them. We won’t post the pictures because of how gory and heartbreaking they are. They were just kids, and had their necks cut open.

Jummai and her husband were renting a room at Maraban Kajuru, for N1,000 a month, till they couldn’t pay anymore and went back to Ungwan Barde, where the attack happened. Jummai says she does not want to stay there as the horror of what happened and the memories of her children still haunt her. As it is, she still needs mental and physical therapy to help her manage what she went through. Samu needs to be in School, and also needs therapy to manage what he went through.  Jummai and her husband also need help to get sustainable revenue.